When you want to enjoy a quiet day on the open road, you have two options to consider today. You can hop onto a motorcycle or enjoy a trike – assuming you have the appropriate license.

In the trike vs. motorcycle safety debate, it seems clear that having three wheels is better than being on two. Although that is often true for beginners, the conversation is more nuanced for experienced riders.

If you’re considering getting a motorcycle or a trike, here are the safety comparisons to review before signing on the dotted line.

Both Vehicles Have Multiple Safety Concerns to Manage

Motorcycles, autocycles, and trikes represent 3% of the vehicles owned and registered in the United States. In 2020, they represented less than 1% of all miles traveled but were responsible for 4% of all reported occupant injuries.

Motorcycles also represented 18% of occupant fatalities and 14% of all traffic-related deaths for that reported year. Rates increased by 11% from the year before, which is a decade-long trend.

About 5,500 people lose their lives yearly in the United States from riding motorcycles.

Even though there have been upward trends in motorcycle injuries, the rate per 100,000 registered bikes was lower in 2018 than in 2011. It has stayed at approximately the same level since then.

The United States doesn’t collect separate information for autocycles, three-wheeled vehicles, and two-wheeled bikes. All statistics are incorporated into a “motorcycles” category that gets compared to cars, trucks, and similar vehicles.

Learn if a trike is the same as a motorcycle.

That means a Harley-Davidson bike is treated the same as a Polaris Slingshot for statistical reporting.

When you look at the specific comparison points in the trike vs. motorcycle safety debate, four elements stand out that make it better to be on three wheels for some riders.

Having a third wheel with a trike makes it easier to balance the vehicle at any speed. Instead of having all the weight distributed on two points, it becomes triangulated. This change reduces the control efforts required to remain stable while increasing traction and lowering the center of gravity. Riders have more control during acceleration, braking, and corner movement. 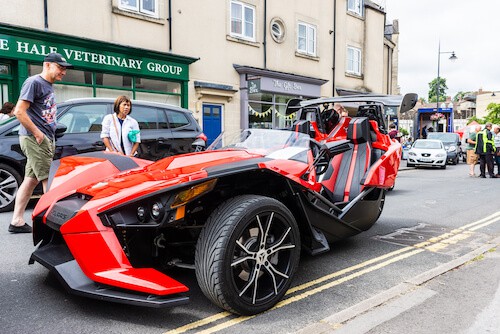 You don’t need to lean into the curve when you’re on a trike to prevent the vehicle from tipping. The extra wheel provides more steadiness, even if you enter the line too sharply. Riders also notice this benefit when stopping at intersections because less pressure is placed on the knees and leg muscles.

Since a trike provides a rigid build, it tends to turn like a car instead of a bike. Protective elements around the seating could enhance this benefit if you purchase an autocycle design. Some models have lower seats than motorcycles, allowing riders better control during low-speed situations.

When you ride a trike, you can read traffic differently than on a motorcycle. If you’re on two wheels, the road vision tends to be more in a straight line. You’re looking at the safest path to travel.

On a trike, it’s more like getting behind the wheel of a small car. You’re conscious of the bigger vehicles on the road, but the traffic has a multi-lane perspective.

Since you’re on a bigger vehicle with a trike, you take up more of the lane. That makes it much easier for drivers to see you from behind. With today’s autocycles creating front profiles that look like vehicles, you can get a similar result from the front.

If you’re curious about buying a trike, read about its benefits.

How Trikes and Motorcycles Are Alike

The issue with trike and motorcycle safety involves the open-air environment. Even autocycles with some protective elements place the driver in a disadvantageous situation during a collision.

Motorcycles have little protection for riders since they can be thrown from the seat. This issue gets magnified when helmets aren’t worn while riding.

Although a trike provides a broader road perspective than a motorcycle, that doesn’t mean other drivers can see them as easily. This issue typically occurs when approaching from the rear with a single wheel in front. That solitary headlight doesn’t always get caught if the mirror transfer happens rapidly, so it still helps to draw attention to yourself.

The insurance needs for trikes and motorcycles can also vary based on where you live. All vehicles with less than four wheels can be lumped into the same category, although more than half of the states have three-wheel rules or endorsements to consider.

Riding trike changes how you enjoy the open road, but that isn’t necessarily bad. You lose the lean into the curve but gain more stability. The best way to be safe is to stay aware, wear proper safety equipment, such as helmets, and ride according to available conditions. Remember to have insurance to cover those unexpected moments that can develop! 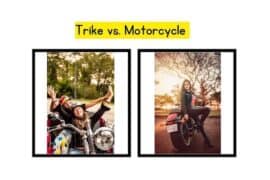 Is a Trike Considered a Motorcycle? Know Here 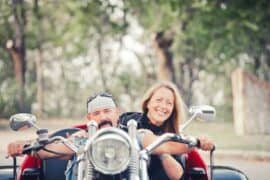 What Are the Benefits of Buying a Trike? 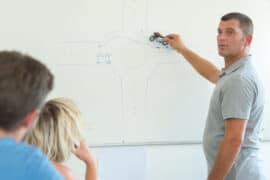 A Guide to Help You Improving Driving Record on Your Motorcycle 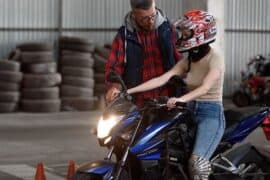 What Is a Motorcycle Defensive Driving Course?