Since its introduction to roadways over a century ago, motorcycles have always been considered more dangerous than traditional vehicles. The vulnerability of the driver and any passengers, even when wearing proper protection, is simply no match for the enclosed design of cars and trucks.

According to government statistics, in 2014, a person riding a motorcycle was 27 times more likely to die than driving a car or truck. 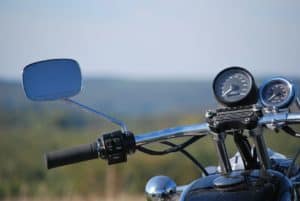 ne significant factor in the number of deaths is the use of helmets which are only required in 19 states and the District of Columbia.

Helmets effectively prevent up to 37% of deaths and roughly 67% of brain injuries. However, even with the helmet’s advantage, riding a motorcycle is still far more dangerous than driving an enclosed vehicle.

From the early 1980s to the late 1990s, the trend in fatalities had been declining. However, since 1998 that trend had reversed and rose upwards until 2009 when it started dropping again. There is no singular reason known as to why the trend fluctuates. But currently, fewer people are dying than in the past several years.

This stands in contrast to those who die in passenger vehicles, which have declined since the turn of the 21st century.

The Age and Gender Gap

One of the more interesting trends is fatalities among men over 50 on motorcycles have been increasing steadily since the early 1980s. Conversely, the deaths of men under 30 have been declining. Again, there is no singular reason as to why this is occurring.

But it may have something to do with wearing helmets, which is more prevalent in younger men.

The raw stats show that 62% of motorcycle drivers who died were wearing a helmet. Plus, 91% of those killed in motorcycle accidents were in states that mandate the wearing of helmets for everyone on a motorcycle. However, this statistic may reflect the fact that 19 states that do have mandatory helmet laws have a far greater population than the 31 that do not or only have partial laws covering helmets.

In addition, there has been a sharp rise in fatalities in those who drive motorcycles with engines at least 1,400cc and larger since the late 1990s.

Furthermore, the summer months from May to September are still the worst for fatalities arguably because more people are out driving their motorcycles.

The statistics demonstrate the danger of motorcycles concerning fatalities compared to vehicles. Better safety measures and improved training may have an impact on reducing deaths or serious, life-altering injuries. But the truth is that motorcycles are still more inherently dangerous than cars and trucks. 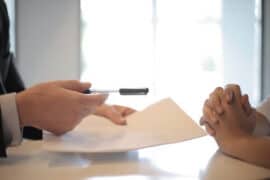 How to Battle Against the Insurance Claim Adjuster’s Dirty Tactics? 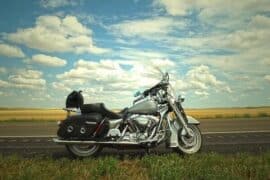 Guide for Long-Distance Motorcycle Riding: Tips for the Best Preparation! 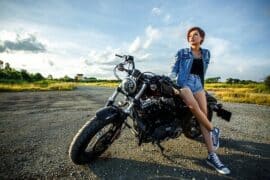 Do You Pay Motorcycle Insurance Throughout the Year? 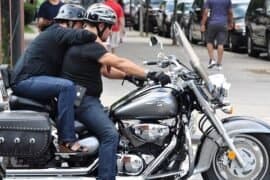 Can You Ride a Motorcycle Home After Buying It?