In the latest statistics available, 2,163 teens between the ages of 16-19 were killed in automobile accidents in the United States in 2013. That means every day six teens died in motor vehicle collisions every day. In addition, over 243,000 were treated in emergency rooms across the country for injuries suffered in vehicular accidents.

While teens only represent about 14% of the total US population, the account for around 30% of the total cost of automotive injuries for males and 28% of similar injuries for females. There are strong reasons why teens suffer disproportionally when it comes to motor vehicle accidents.

Reasons Motor Vehicle Crashes are the Leading Cause of Death for Teens:

Arguably the biggest factor in terms of why teens are more vulnerable when it comes to automobile collisions is their lack of experience behind the wheel. This means that they are less able to recognize dangerous situations or take appropriate action when faced with a potential collision.

Another big factor is that teens tend to speed more than any other group. This means that they have less time to react when something unexpected occurs. Plus, they leave less room between their vehicle and the one in front which creates a more dangerous situation. Around 30% of male teens involved in fatal accidents were speeding at the time the collision occurred.

Compared with all other age groups, teens are less likely to wear a seat belt. Only 55% of high school students report that they wear a seat belt at all times when in their vehicles which includes those riding as passengers with someone else.

How Can the Teen Death Rate for Auto Accidents Be Lowered?

Although accidents are arguably not fully preventable, there are two ways that teens can substantially lower their chances of being injured or killed in an auto accident.

Gain Experience: There are safety driving courses that will not only teach young drivers what to do in common automobile situations, but it will also provide a discount on car insurance premiums if the course is recognized by the company.

Wear Safety Belts: Safety belts have been proven to save lives and if more teens were to become aware of that fact and put on their safety belts, they would survive more automobile accidents.

In addition, reducing alcohol consumption would also result in fewer accidents, though there are already plenty of laws on the books designed to prevent teens from getting access to alcohol in the first place. Overall, teens are simply more likely to become involved in automotive accidents, but there are ways to improve their chances of avoiding serious injury or worse when behind the wheel. 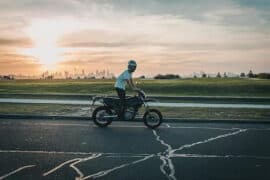 Motorcycle Insurance Rate Goes Down at 25: How True is that? 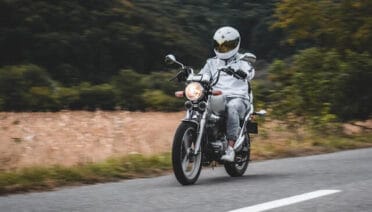 6 Best Ways Young Drivers Can Save on Motorcycle Insurance